Ski on 270 kilometres of pistes

3 ski areas for skiing and snowboarding in total freedom: have fun in all of them with the SKIRAMA DOLOMITI adamello brenta ski pass. Located in the furthest western part of Trentino, between Lake Garda and South Tyrol, Val di Sole offers the extraordinary chance to ski and snowboard up to a height of 3000 meters. Its unique geographical position among the Ortles-Cevedale mountain range, the Adamello-Presanella massif and the Brenta Dolomites, the latter are also part of the UNESCO World Heritage sites, is a guarantee of heavy snowfalls, and of course, fun and excitement. And what happens if there aren’t any heavy snowfalls? No problem! The latest snowmaking equipment covers 95% of all slopes in the winter resorts.

Thanks to the interlinked slopes  between Folgarida Marilleva, Madonna di Campiglio and Pinzolo, you can ski in a ski area with more than 150 kilometres of slopes in the Brenta Dolomites 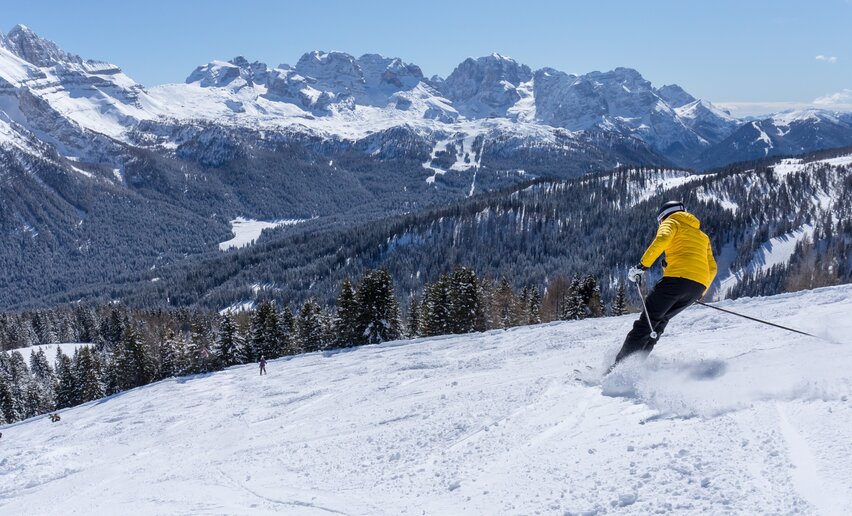 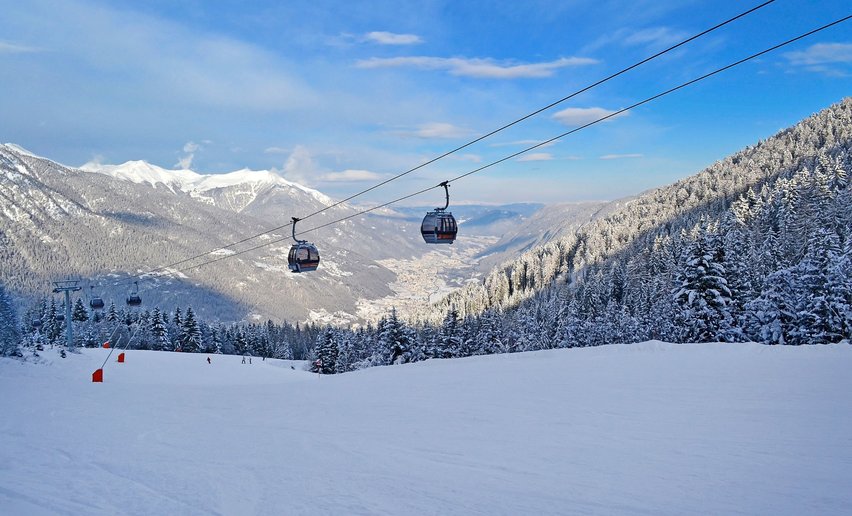 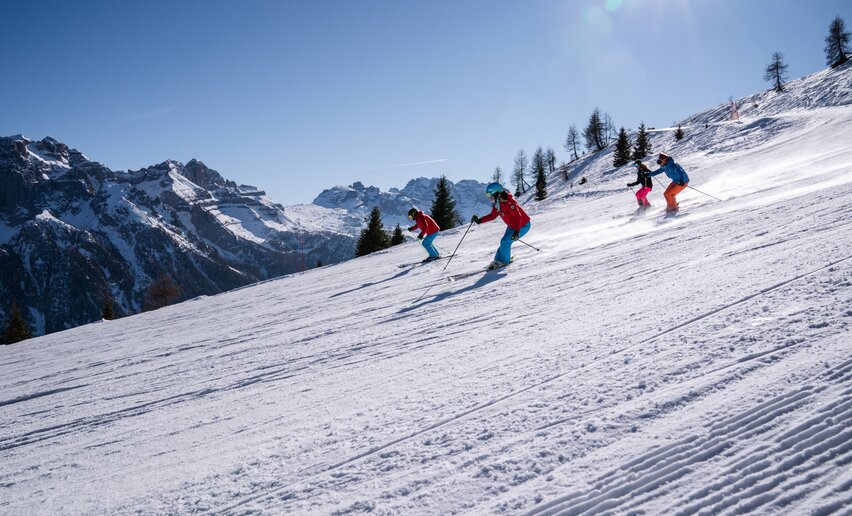 The ski area on the border of Trentino and Lombardy is a paradise for outdoor winter sports. The slopes on the Presena Glacier open in November and stay open  until late spring 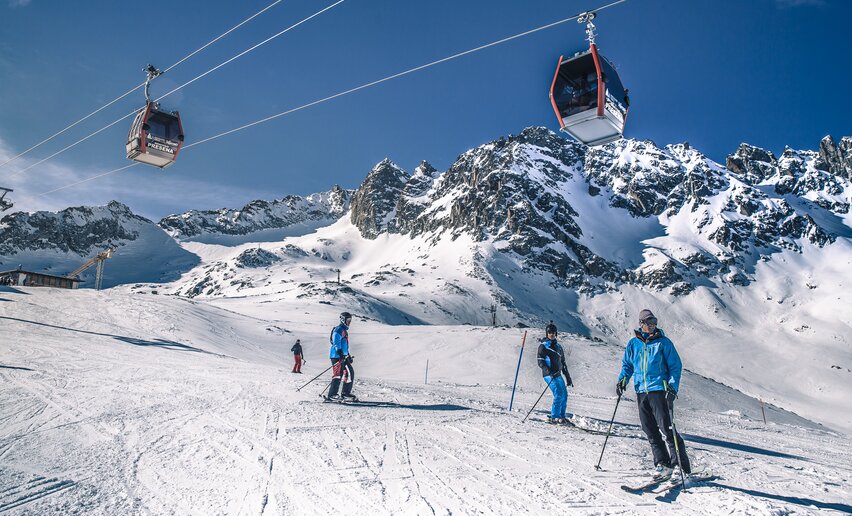 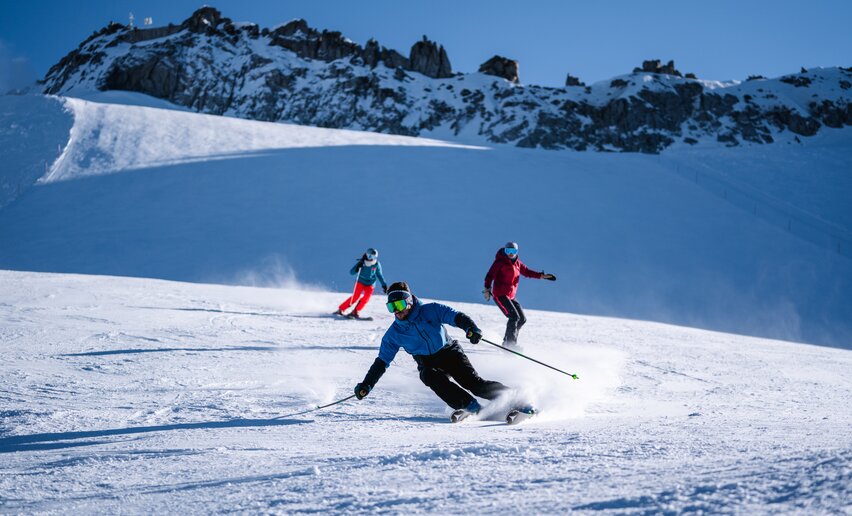 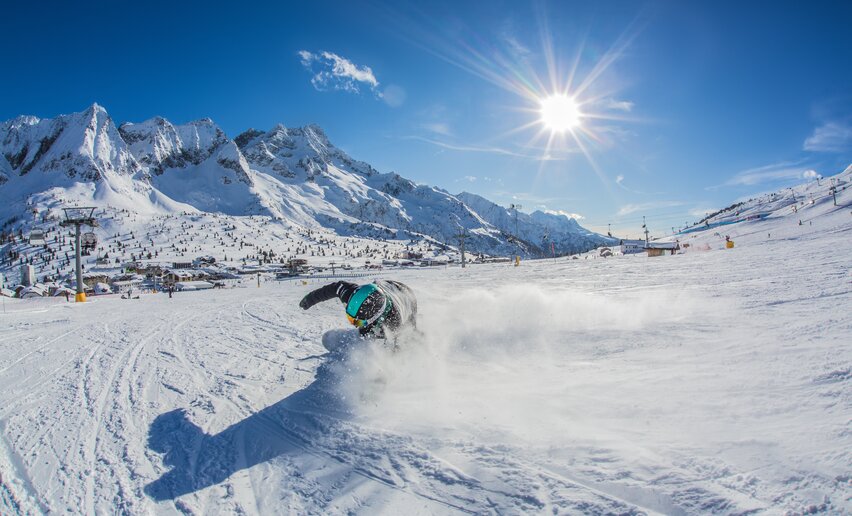 Have fun in a ski area located right within the Stelvio National Park, the first plastic free ski area in the world. Suitable for beginners and families, that also provides challenging runs for experts, with ski lifts up to 3.000 m 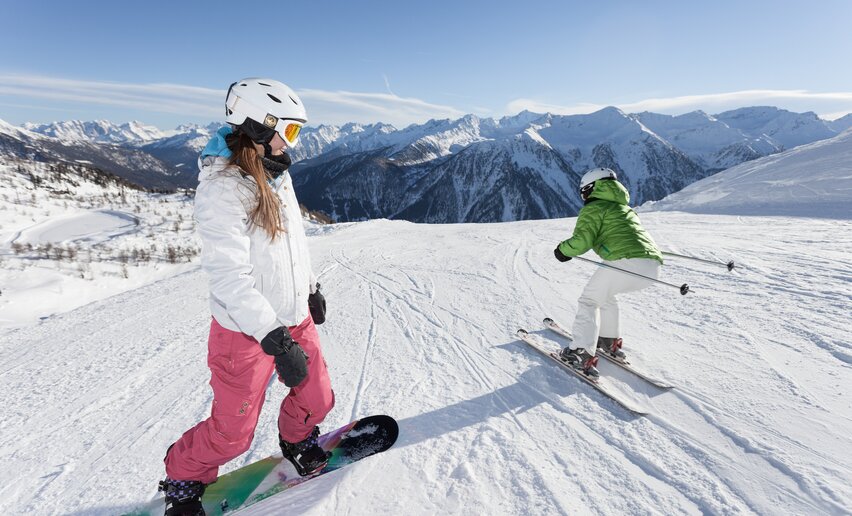 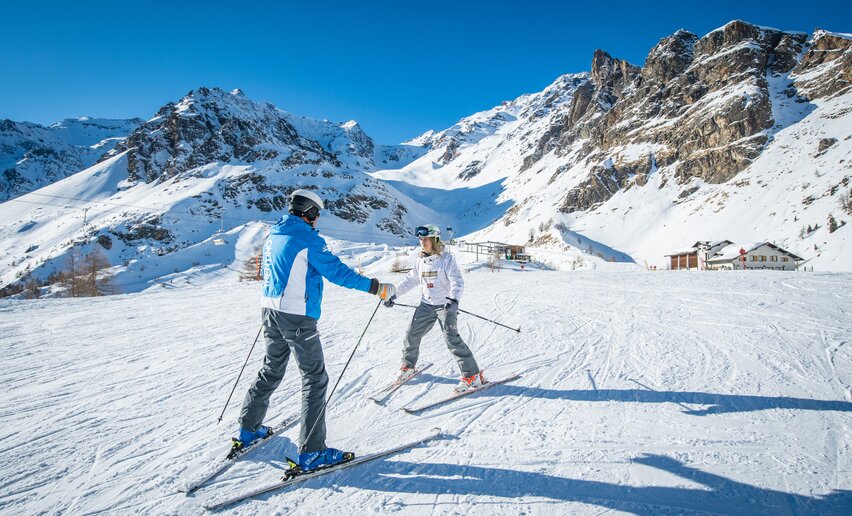