Difficulty
Moderate
Activity time
5:40
Durata in ore
Distance
11.7
Distance in km
A naturalistic itinerary within the sight of the Cevedale lakes and glaciers and surrounded by exceptional framework of the Stelvio National Park.
A beautiful circular trek around the heart of the Cevedale group, which passes Rifugio Larcher and the striking and spectacular Marmotte icy lakes. The Lago Lungo and the Lago Nero. By crossing the Caserer artificial basin it is possible to reach the small but nevertheless enchanting Lago delle Lame. 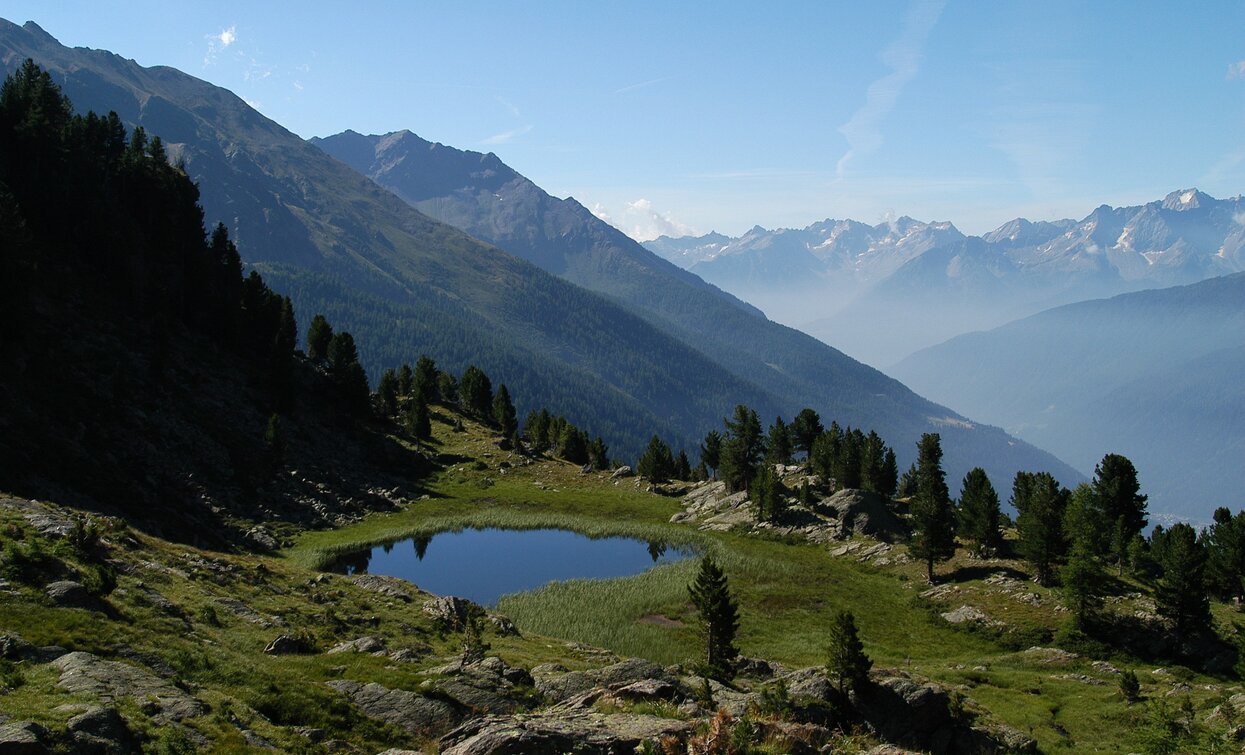 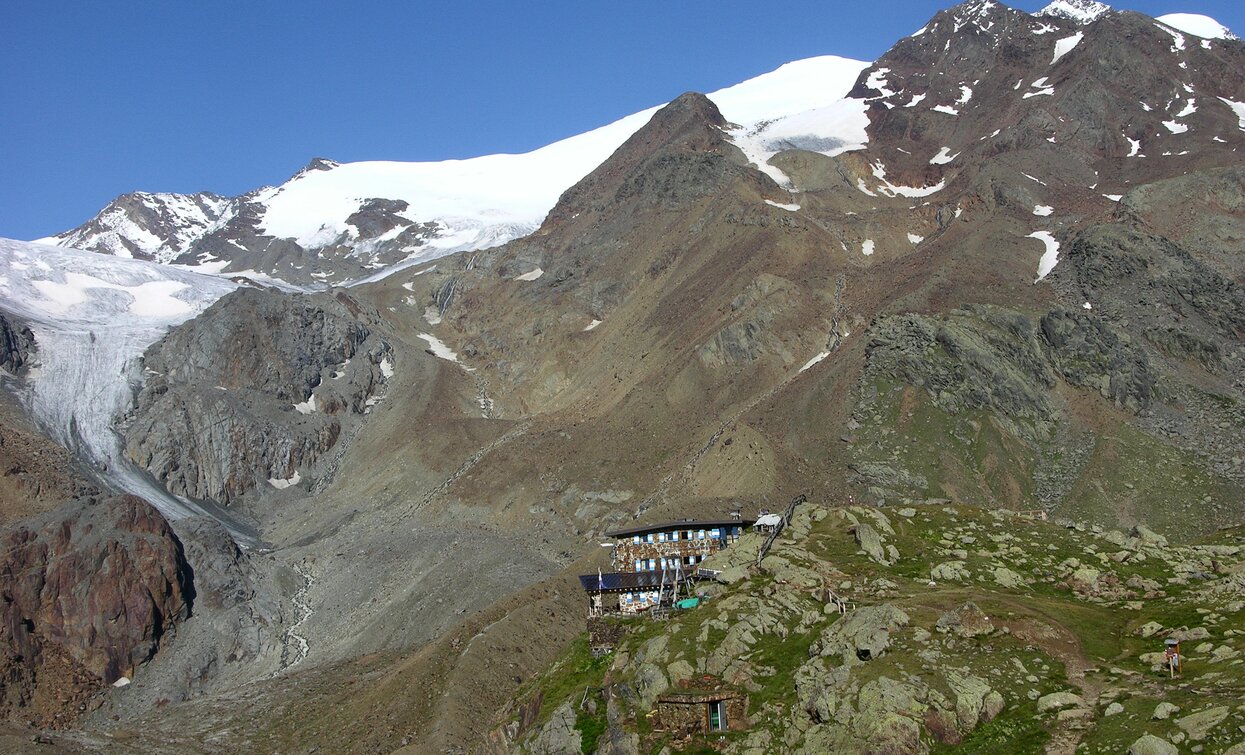 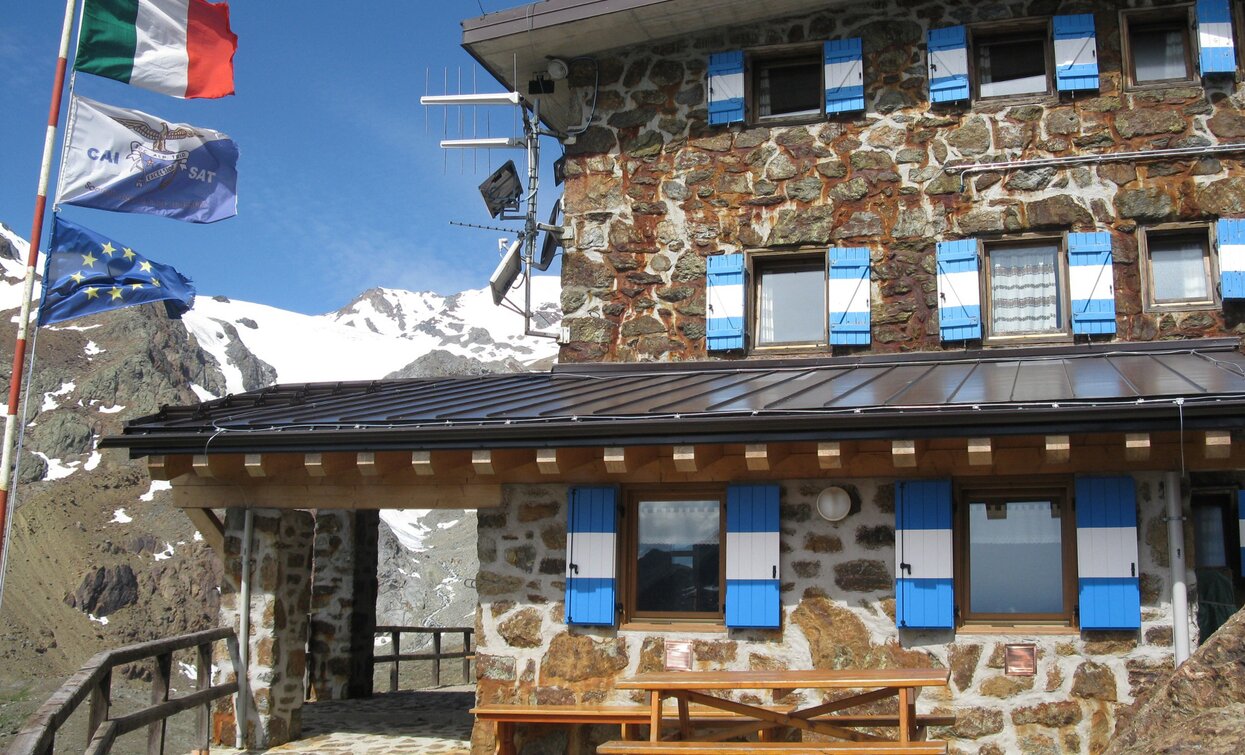 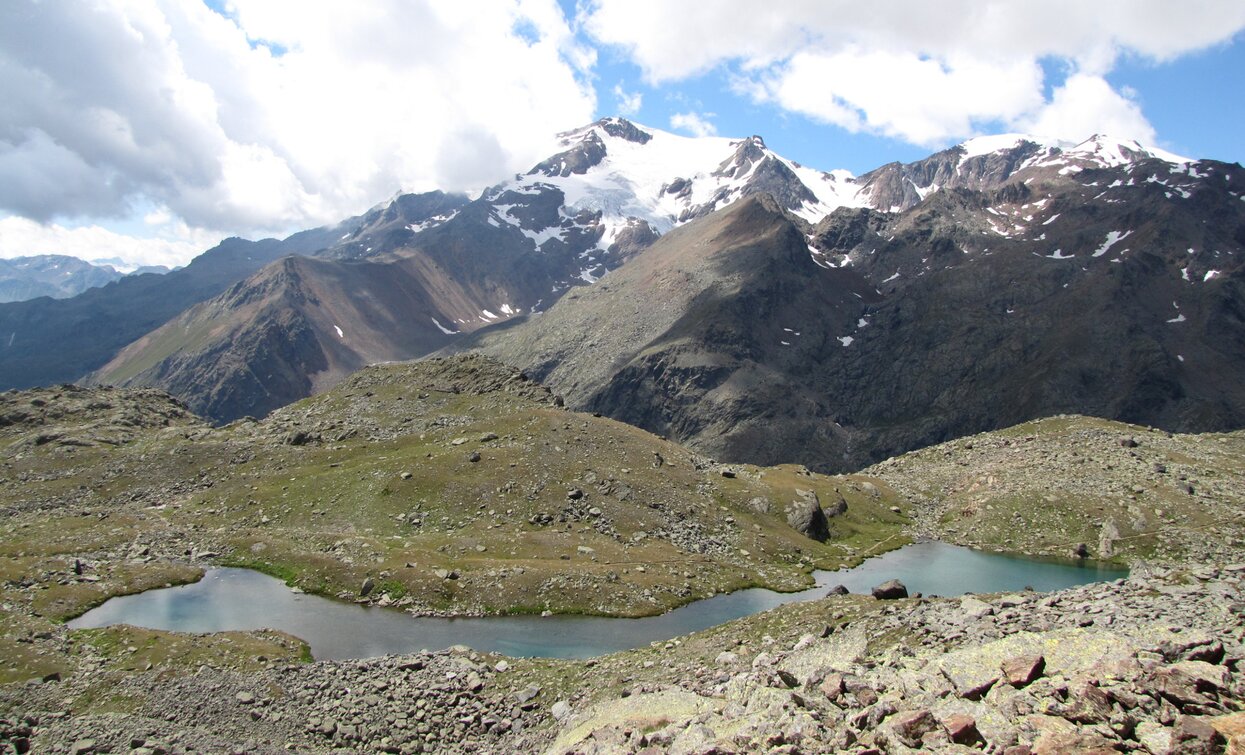 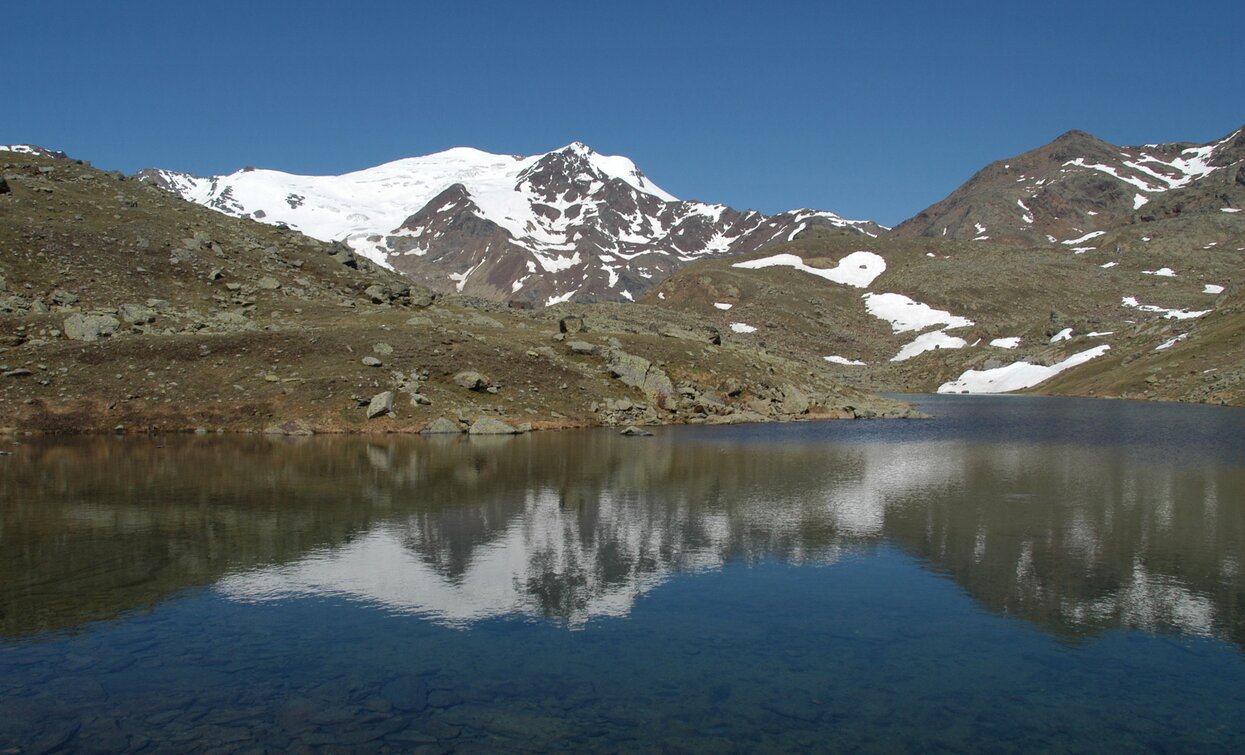 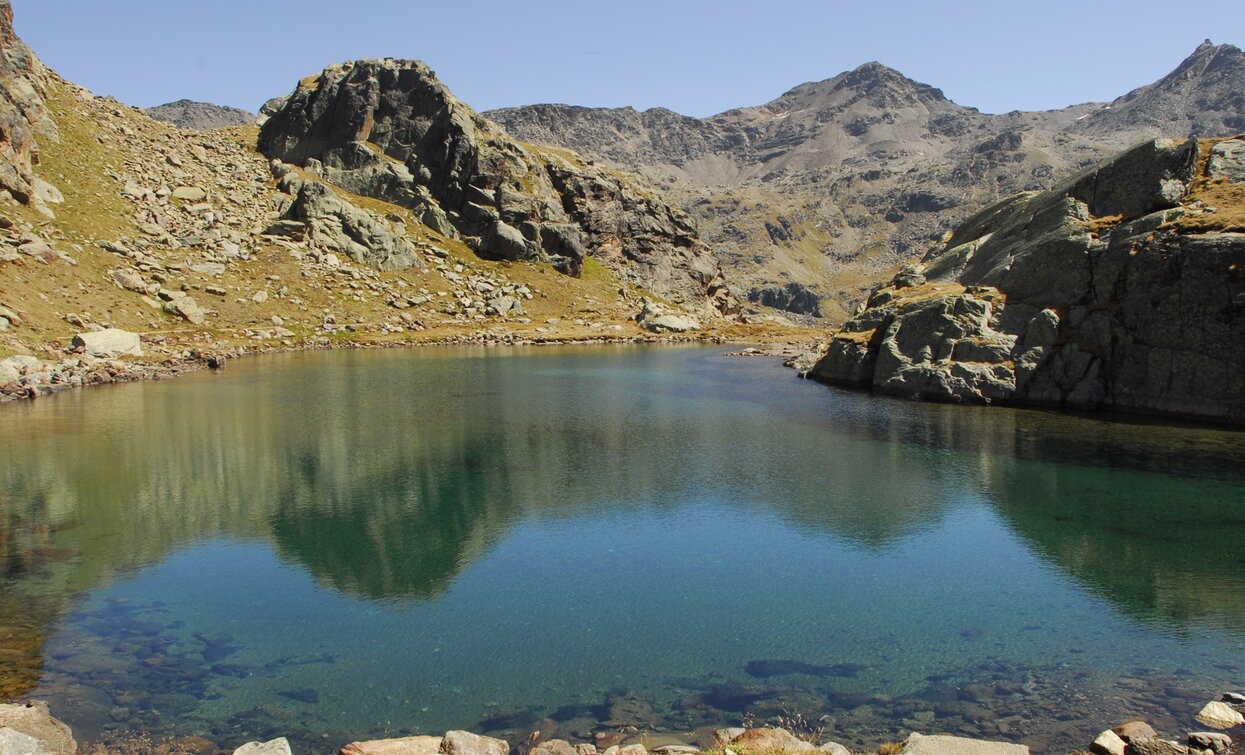 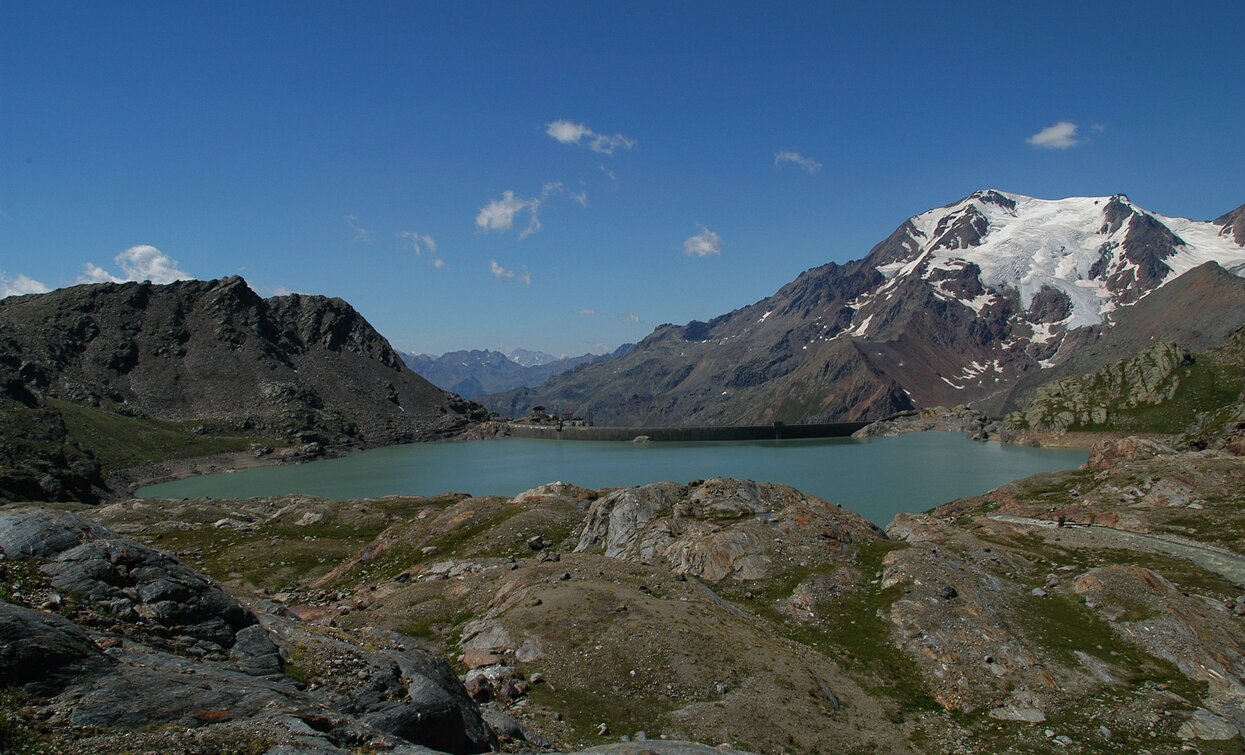 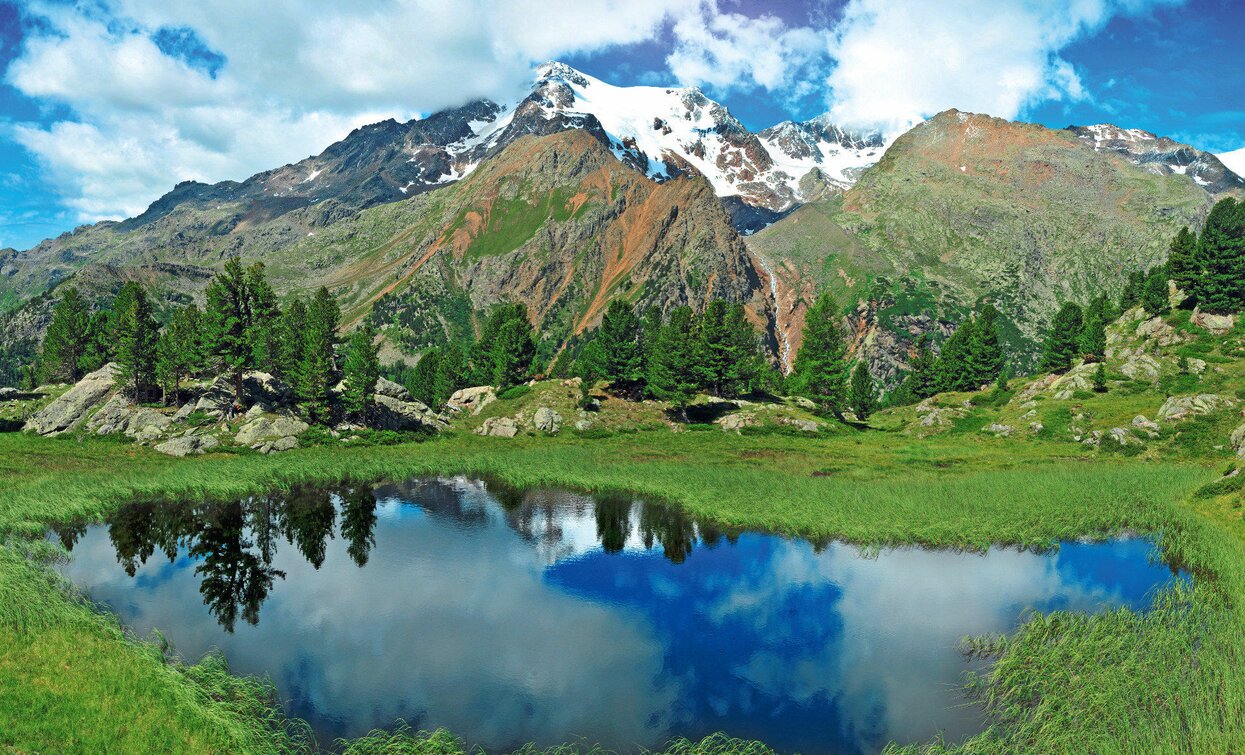 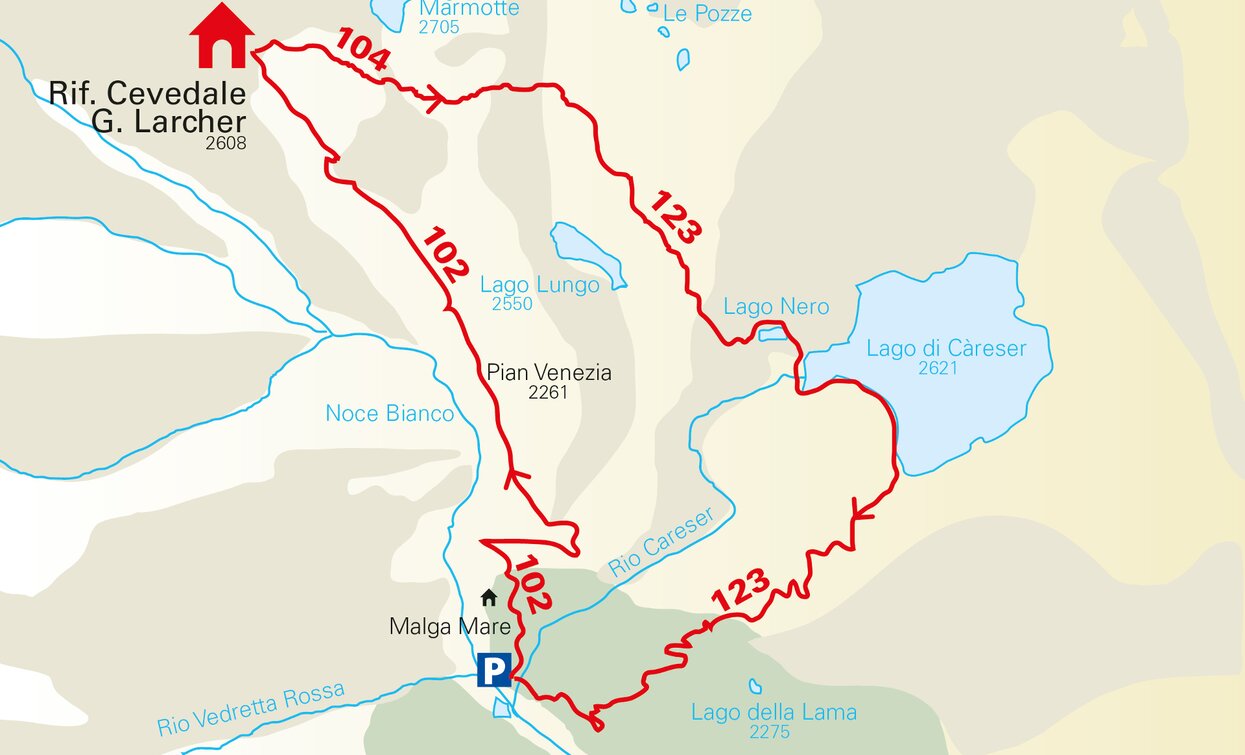 The possibility of sightings of some of the local fauna like, deer, marmots, white partridge, roe deer and eagles, makes this itinerary a particularly interesting one. Spectacular landscape characterised by the awe-inspiring and majestic snow covered peaks of the Cevedale group Palon De La Mare, Rosole and Vioz and the mirrored water of the lakes.

When setting out on an excursion in the mountains, we suggest you:

Departure point is the Malgamare car park, which can be reached by means of a narrow asphalted road, from Cogolo di Peio. From here take the SAT 102 which runs alongside Malga Mare (2.301m), then a climb though the pine woods where there is a panoramic view of the plain known as Pian Venezia (Stelvio National Park). Another spectacular landscape of the snow covered peaks of Cevedale and the underlying vallies formed by the glaciers, continuing along the path Rifugio G. Larcher (2.608m) can be found at the summit of a rocky spur.

From the rifugio, ideally positioned to view this glacial environment, follow the SAT 104 until reaching a small pass (2.751m) and then descend in to a vast plain where there are numerous small lakes formed by the glaciers. From here, you will reach the characteristic Lago delle Marmotte (2.705m). Leaving the lake, follow the SAT 123 along an even and flat trail which passes close to Lago Lungo and which reaches the edge of the small Lago Nero, not far from the artificial basin Careser (2.603m). Follow the walls of the dam to the guard’s buildings. From here, the SAT 123 descends and there are a series of sharp bends. Continue in a zigzag fashion through some lovely woodland. By making a brief diversion, it is possible to reach the tiny Lago delle Lame (2.275m). Going back on to the path descend until reaching the Malgamare car park.

By train to Trento (Verona-Brennero line) and from here, take the Trento-Malè-Mezzana (Val di Sole) local train to any station where buses are available for the latest timetable go to www.valdisole.net/EN/Public-Transportation

How to get there

FROM BOLOGNA-VERONA AND FROM BRENNERO
Take the A22 motorway and exit at Trento Nord (if you are coming from the south) or S. Michele all’Adige (if you coming from the north). Proceed in direction Cles, Val di Non, Val di Sole, to Val di Peio.

Malgamare car park (10 km from Cogolo)
When setting out on an excursion in the mountains, it is always a good idea to: