Where, when and how to fish 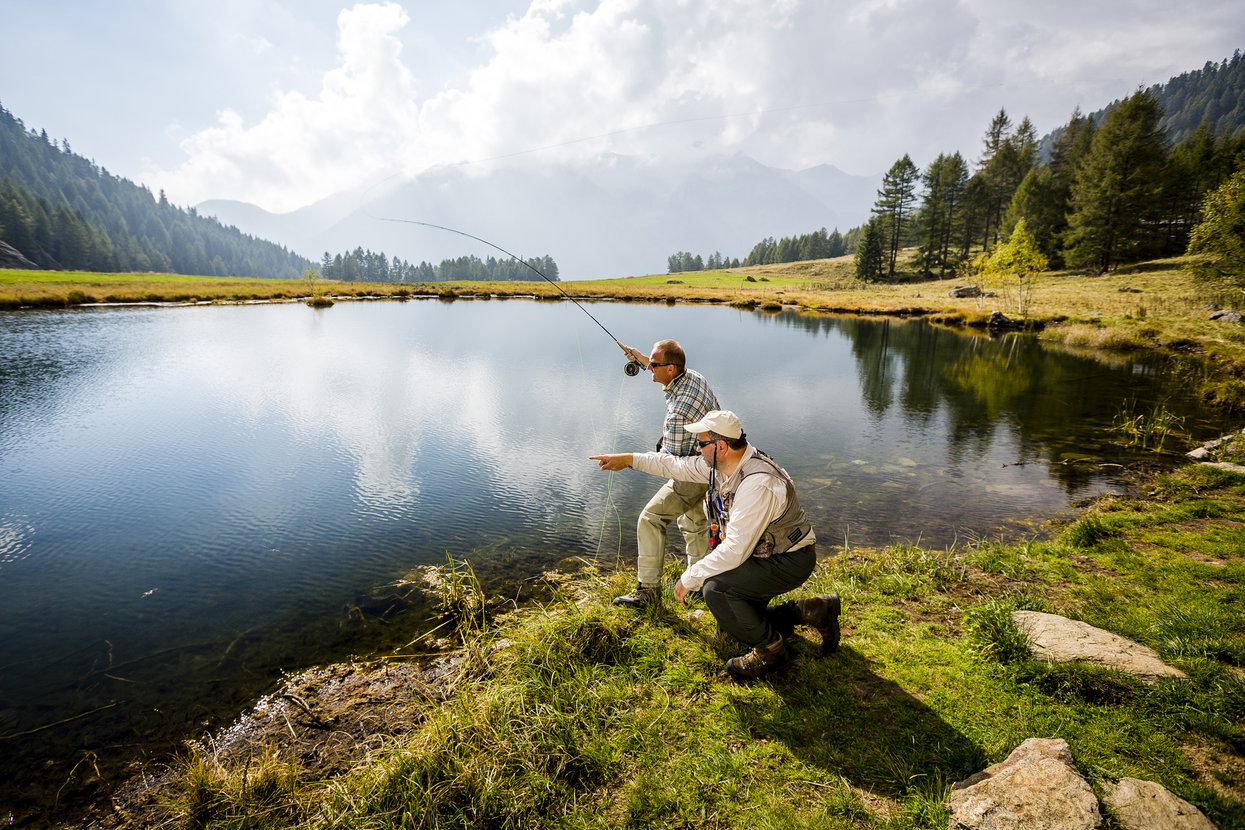 Fishing for rainbow trout, brown trout, marble trout and prized chars in the Noce, Vermigliana, Meledrio and Rabbies torrents is an experience like no other. The relaxing sport of fishing brings enormous satisfaction whether practiced in natural lakes or man-made ones such as the Pian Palù reservoir, Lake Fazzòn (Lago dei Caprioli) and Magic Lake (Commezzadura). Each stretch of water is, depending on altitude and climate, home to a rich variety of life, from microorganisms to beautiful, tasty fish. The abundance of fish in the River Noce and its numerous tributaries should not be overlooked either. These waters are home to various trout species: brown, the splendid marble, the sparkling rainbow, the sought-after Arctic char and the common minnow.

During summer, be sure not to miss the guided tour of the Cavizzana Hatchery, managed by the Associazione Sportiva Pescatori Solandri, which breeds the young marble and brown trout that are later released into the waters of the valley. The visit provides an overview of the local fish populations and includes a detailed explanation of how the hatchery operates and the pivotal role played by fishermen in safeguarding the local environment. 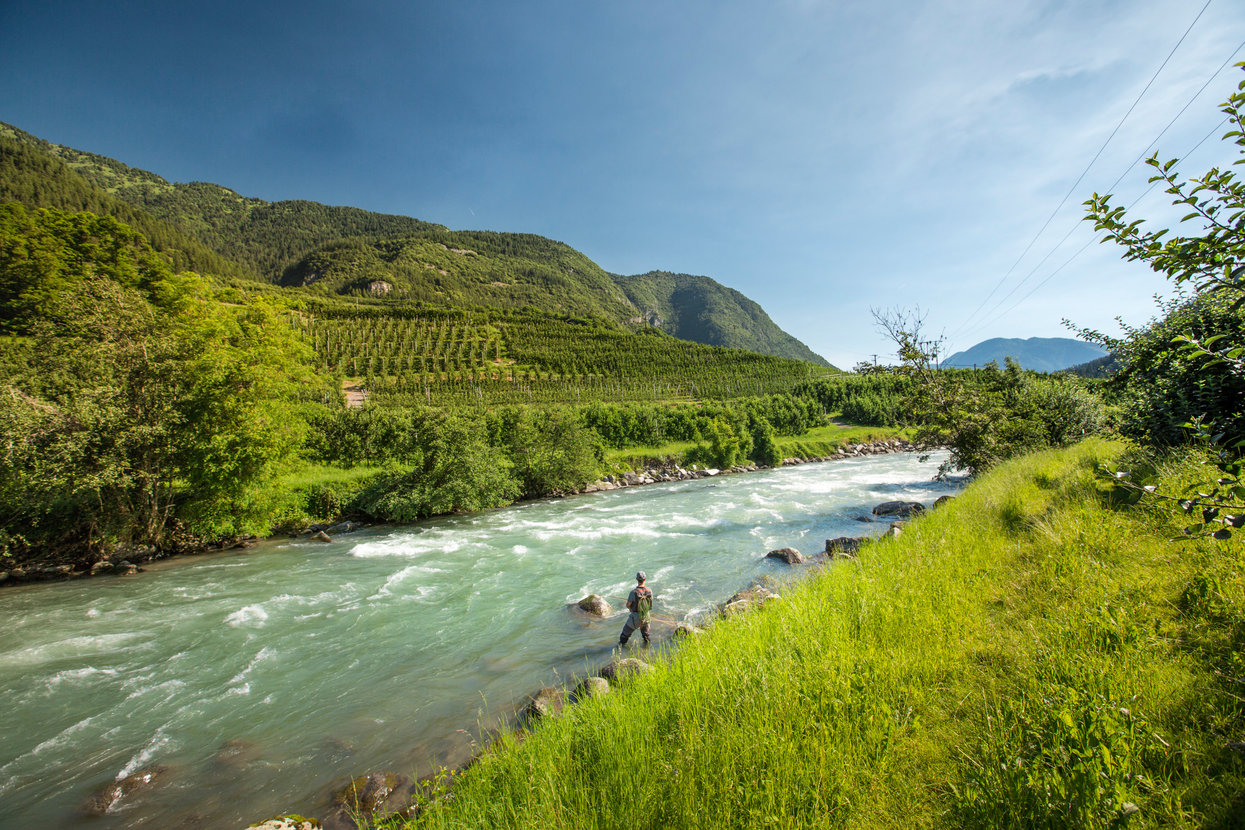 FISHING IN THE TORRENTS AND LAKES OF VAL DI SOLE 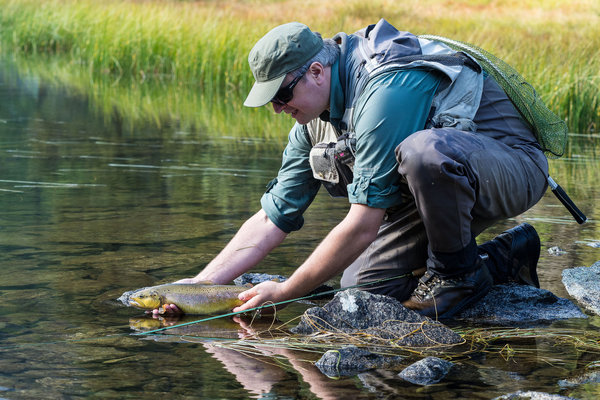 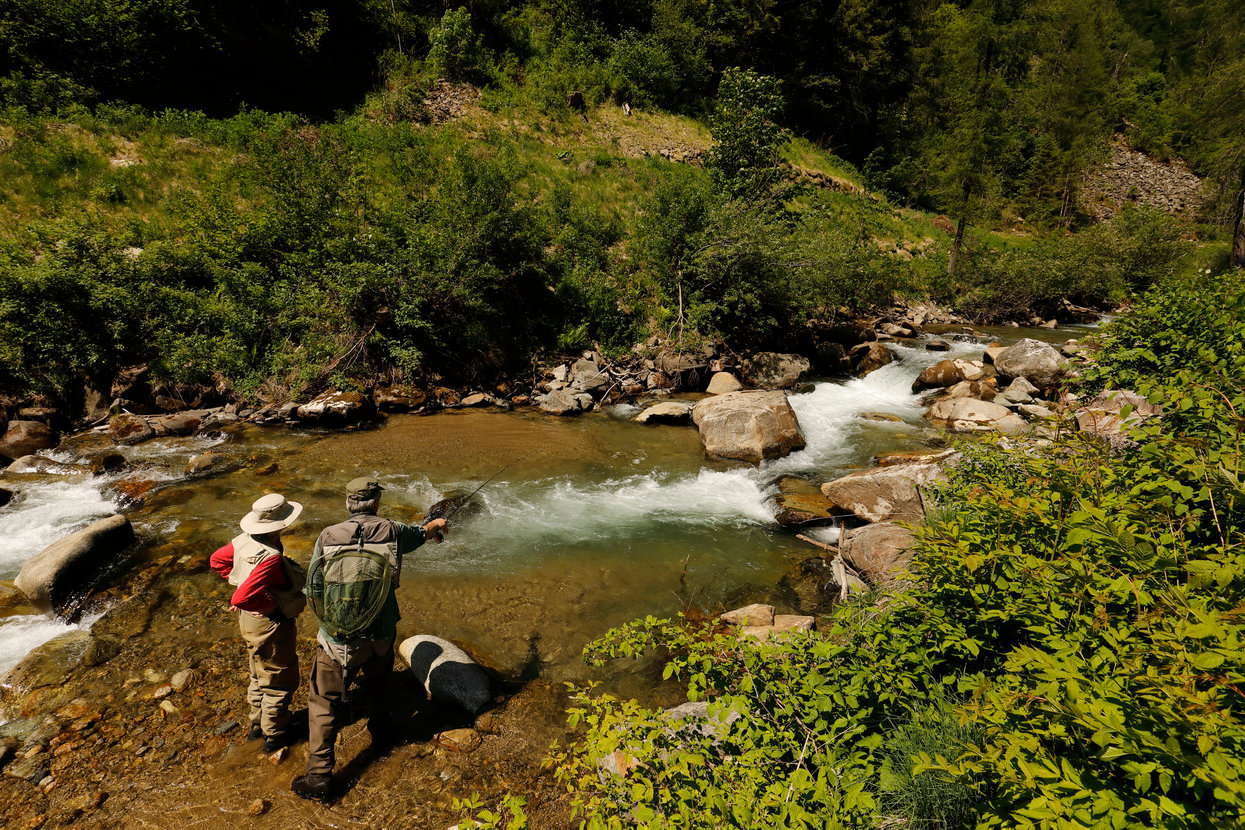 An abundance of fish, pure waters, a beautiful, varied landscape: Val di Sole, with its 13 alpine lakes and 130 km of streams - home to marble trout, brown trout and Arctic char - offers plenty of angling options (many no-kill) in a variety of settings that are greatly appreciated, especially by fly fishing enthusiasts.

It is a project created for all those who enjoy fishing, providing them with a series of exclusive services that will ensure a great fishing experience in Val di Sole: 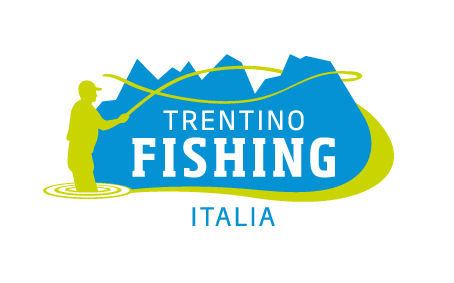 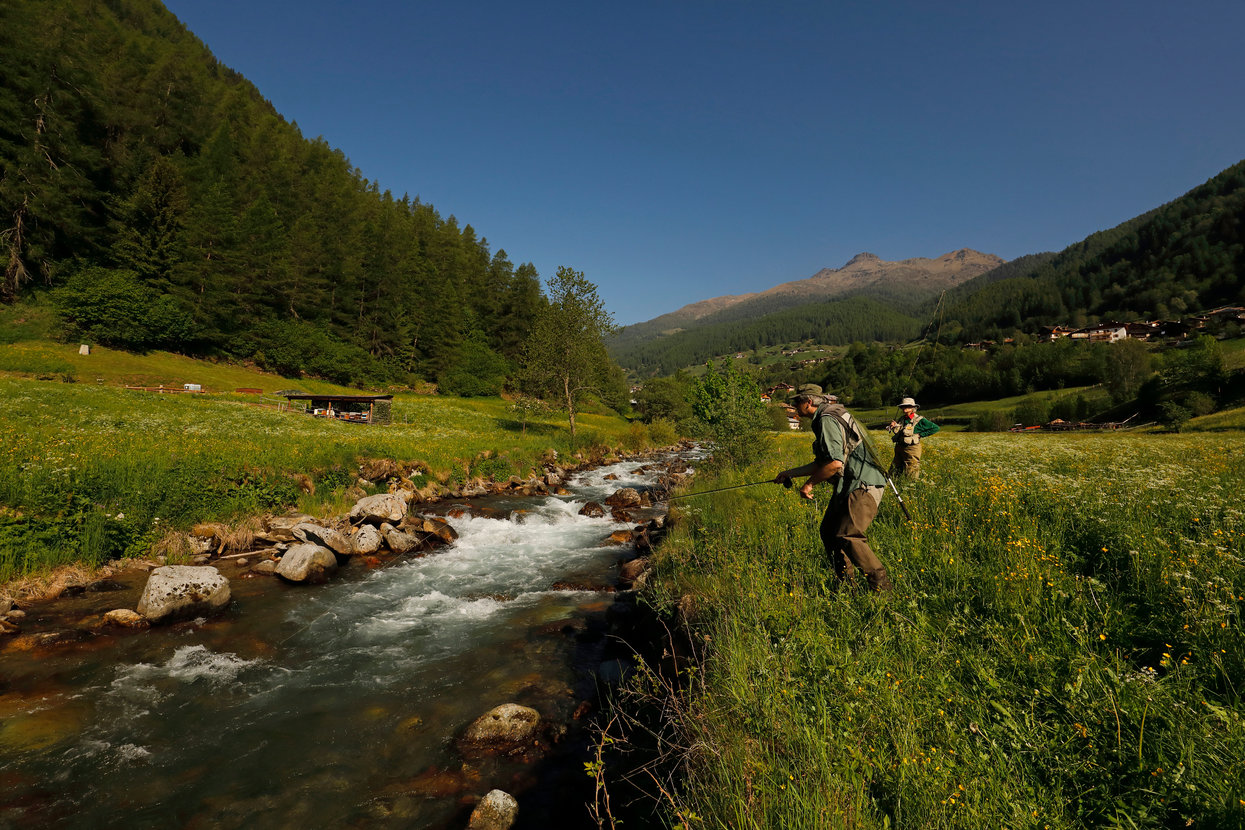 DOCUMENTS REQUIRED FOR FOREIGNERS TO FISH

Fishing in Val di Sole is managed by the Associazione Sportiva Pescatori Solandri Val di Sole Fishing Association in Pellizzano. Foreign tourists who would like to fish, must have valid ID document (both Italians and foreign visitors) and a fishing permit that can be purchased at any one of the authorized selling points. Daily Associazione Pescatori fishing permits can be purchased at various outlets or on-line for €20.00. It's also possible to purchase a 2-day permit for €35.00 and an individual, personal 5-day carnet for €80.00 at:

Moreover, all these outlets provide permits with a 50% discount for under-14s as long as they possess a regular fishing license and are accompanied by an adult angler (except Magic Lake). Please read the regulations enclosed with the permit carefully and observe them at all times so as not to incur penalties. A €2.00 deposit is required for each permit: the deposit shall be returned when the permit is handed back.

A full range of services for anglers 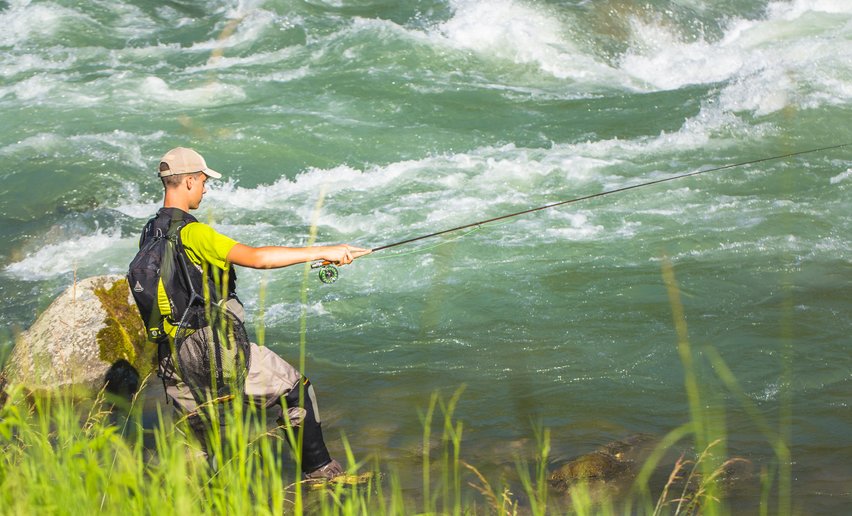 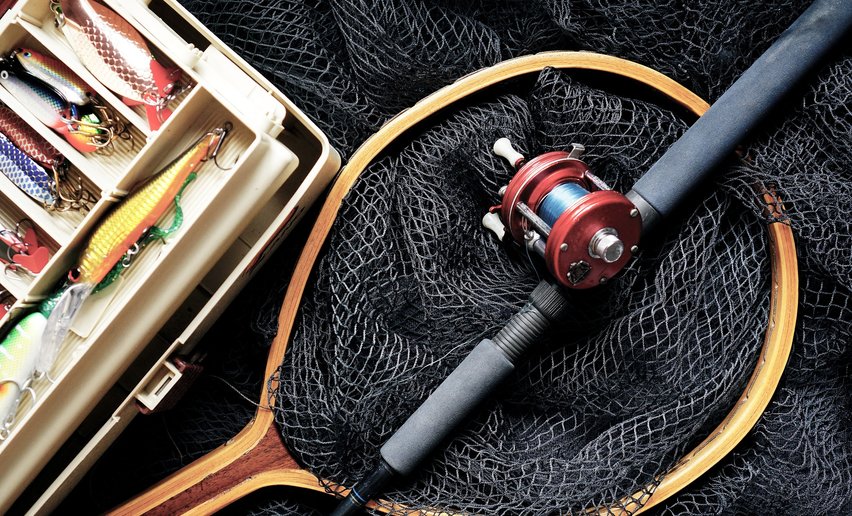 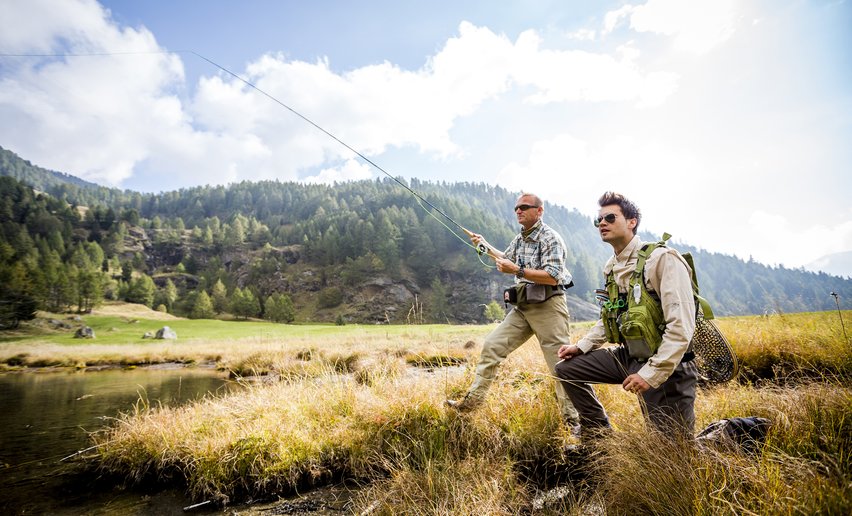 Do you need a fishing guide?

The local fishing guides have in-depth knowledge of the territory and its waters; they can accompany you in any fishing discipline you wish to practice: fly fishing, spinning, natural bait etc.
info@pescatorisolandri.com