In symbiosis with the snow and dogs

A sled pulled by dogs is a very Nordic image and in cold countries up in the North it used to be the only way to cover the long distances between one village and another.

There are lots of alternative means of transport today, but we still have this idea of sledding as an activity that inspires freedom, tranquillity and great symbiosis with these strong, loyal animals. These are the sensations you too can experience as you drive your sled pulled by a pack of Siberian Huskies or Alaskan Malamutes, the most suitable dogs for running long distances over the snow.

If you do not feel wild enough or if there is not enough snow, you can opt for husky trekking, an excursion guided by dogs, where the skill lies in handling your guide dog and keeping up with him or her. 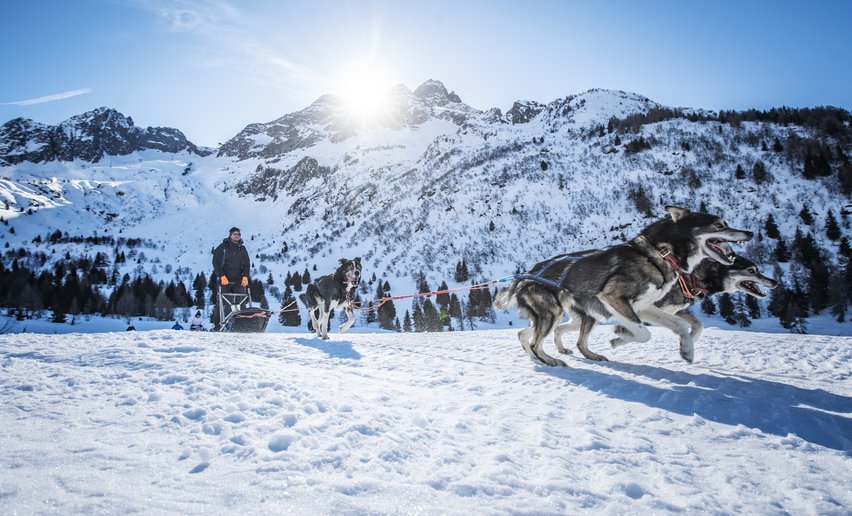 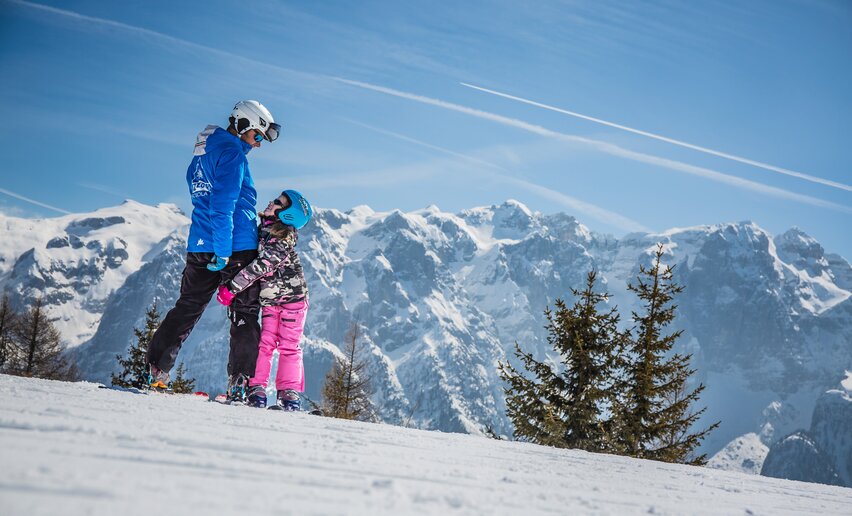 What exactly is dogsledding?

Dogsledding is a sport that became popular in Italy towards the end of the eighties thanks to the success of people such as Armen Khatchikian, founder of the Huskyland Italian Dogsled School at Tonale Pass, and Dodo Perri with their Siberian Husky, Alaskan Malamute, Samoyed and Greenland dogs.

The most famous dogsled races are the Iditarod and the Yucon Quest, held in the cold lands of Alaska, while in Europe the best-known is definitely the Alpen Trail. Events of this type are however also held on trails of different lengths all over the Alps.

The person driving the sled is called a musher and the pack pulling it is made up of a minimum of eight and a maximum of twenty dogs, each with their own specific role. At the head of the pack is the leader, who steers all the others, then comes the swing dog, who is responsible for swinging the rest along behind the leader. Those doing the hardest work are the team dogs, while the largest dogs are the wheel dogs that run nearest the sled.

During races, mushers and their teams are divided into categories according to the number of dogs and their breed.

Dogsledding is, however, more than just competing, it is also a different snow experience in perfect symbiosis with these loyal animals, the Huskies. 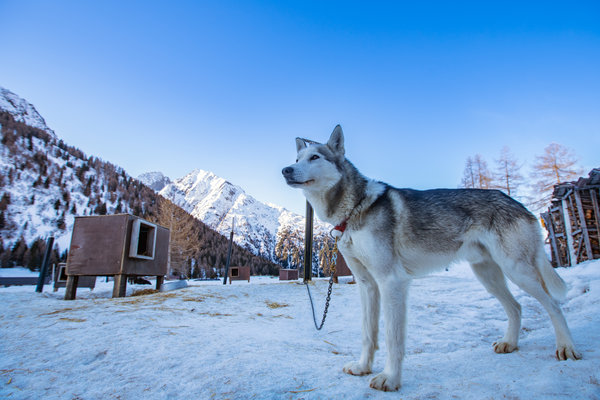