An area to explore

WHERE VAL DI SOLE IS 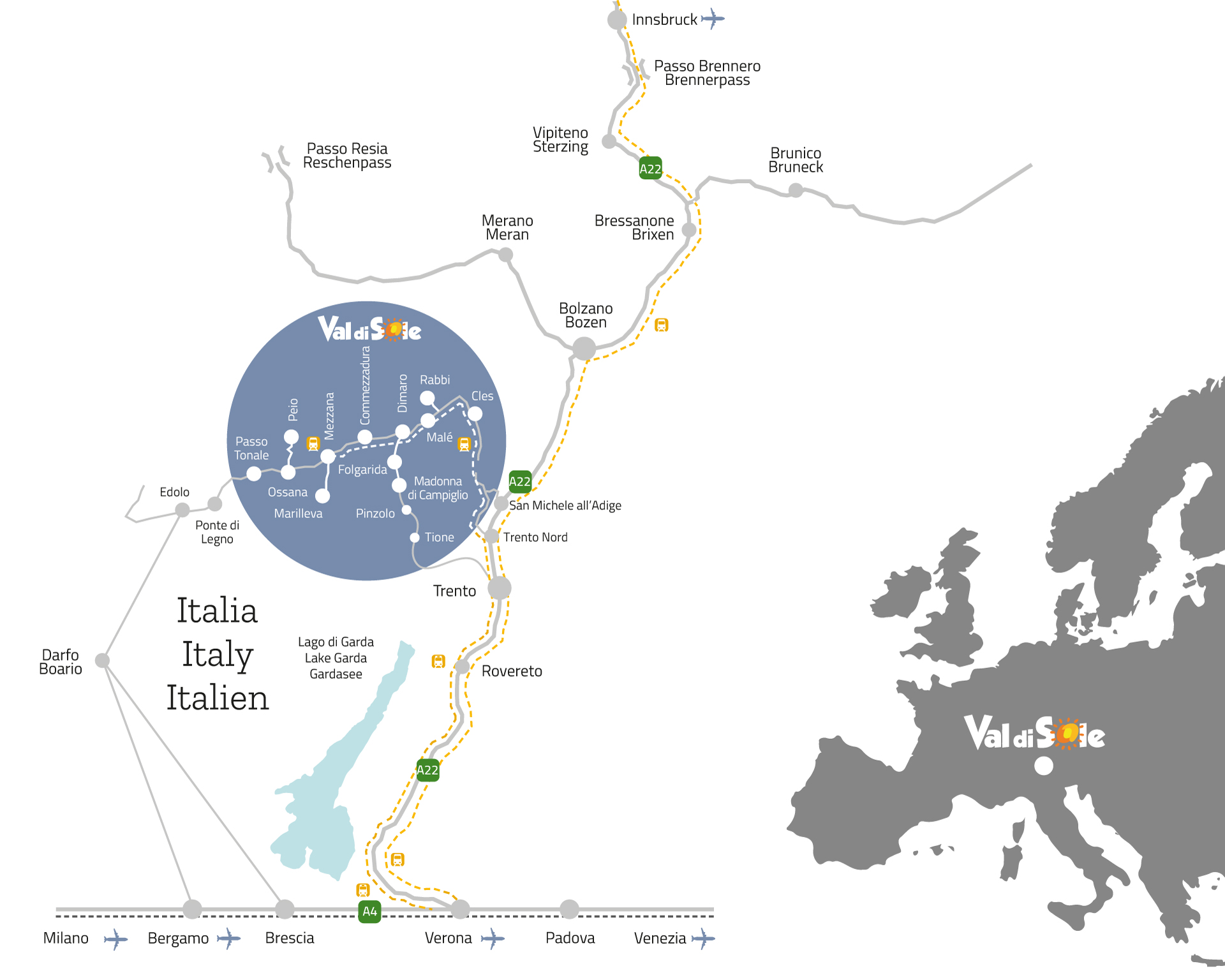 Mountains, glaciers, rivers, lakes: the Val di Sole is the mountain in its purest state, a land just waiting to be explored. Val di Sole is in north-western Trentino, among the Ortles Cevedale, Adamello-Presanella and Brenta Dolomites mountain groups, a UNESCO world heritage site.

It develops for over 40 km along the course of the Noce, the river classified by National Geographic as one of the top ten in the world for rafting. Most of Val di Sole is protected to the south by the Adamello Brenta Nature Park and to the north by the Stelvio National Park where the two side valleys, Val di Peio and Val di Rabbi branch out.

how to reach val di sole The most characteristic element of Val di Sole is water and not by chance the word «sol» in its name goes back to the Celtic goddess of waters, Sulis, considered to be the Great Mother source of life.
The link between the land and the water can be found in every season of the year: sawmills, flour mills, renewable energy, winter and river sports, thermal water springs, water flowing in streams, rivers and waterfalls, water as snow that covers the ski slopes, and water in the form of ice on the Presena glacier.